- Started this blog in April 2010. My first real attempt at blogging.

- Started graduate school in the fall for a Masters in Library Science (MLS) so I can become a librarian. The program runs through Summer 2012.

- Became a regular attendee of the Audubon BookCrossing group.

- My first two wild releases caught by an anonymous finder:

Reading Challenges:
My 2010 Favorites (and not-so-favorites):

- Favorite YA series: The Hunger Games series by Suzanne Collins.

- Best obscure book (haven't heard of but you must read): Green Angel by Alice Hoffman.

- Most moving book: Tunes For Bears To Dance To by Robert Cormier.

- Most disappointing book: The Curious Incident of the Dog in the Night-time by Mark Haddon.


I'll post again soon with my 2011 reading goals and challenges.  Meanwhile, I need to spend some time updating my blog and BC profile.
Posted by Michelle (Ramblings of a BookCrosser) at 10:38 AM No comments:

The Prize Winner of Defiance, Ohio
by Terry Ryan 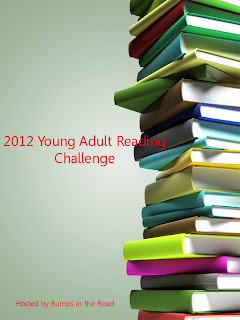